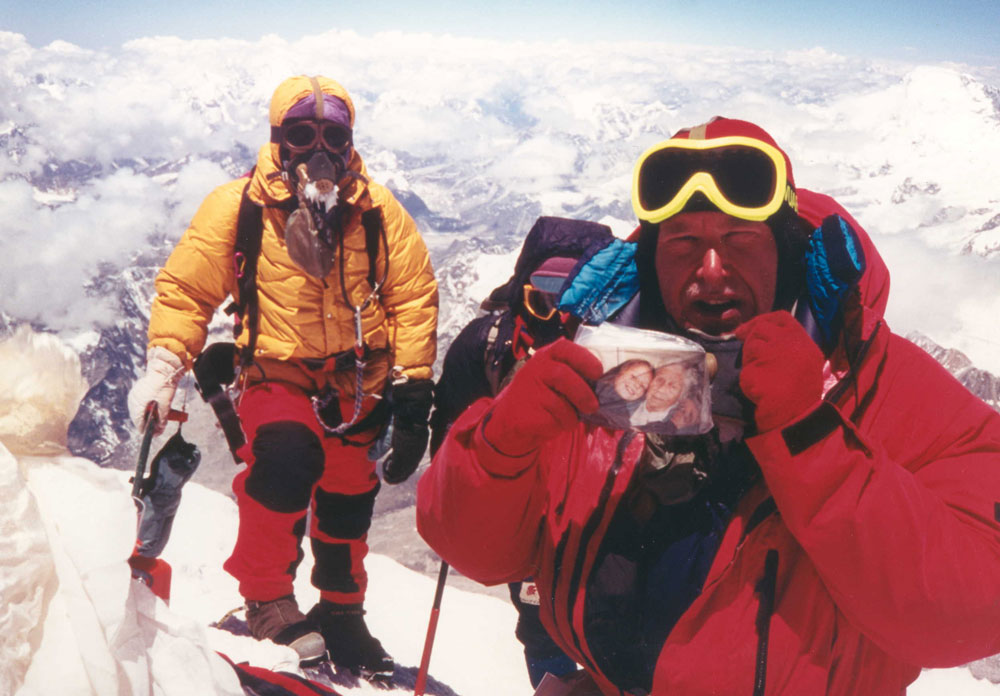 Alan Hinkes, the first Briton to climb the world’s highest mountains, and Mike Parsons, experienced mountaineer and climber and who built Karrimor to be a renowned international outdoor equipment manufacturer have become the 50th Ambassadors for Another Way’s Another Waynwright Day on Saturday August 31st.

Talking about the event recently, Hinkes said, “Another Waynwright Day is a key initiative that will demonstrate how passionate the British public is about protecting the planet. Over the years on the mountains I have seen many changes that are affecting our earth. Changes brought about by climate change, our over reliance on packaged goods and the waste that is left behind. We seem to have forgotten that it is our planet that supports us. We need to remember again. Alan Hinkes is well known for his achievements on the world’s highest mountains which include 14 8000m peaks, all of which are in the ‘death zone’, where human survival rate is measured in hours.  They are the most dangerous mountains on the planet.  Alan is part of an exclusive club of only 12 people alive who have achieved this feat, which is the same number of people who have stood on the moon.  Many have perished attempting this challenge.

Mike Parsons, of Patterdale in The Lake District, as well as having been involved  as a manufacturer with Karrimor and OMM he has also been teaching innovation for 10 years at Lancaster University management School and runs an annual innovation conference for the outdoor industry. Check out his book ‘Keeping Dry and Staying Warm’ for information on sustainability of textiles and outdoor clothing.

Commenting on Alan and Mike’s involvement, Founder of Another Way, Amy Bray said, “Another Waynwright Day is attracting the attention of some key players in the environmental landscape for very good reason. Alan and Mike join Sir Chris Bonington, Chris Packham, Roz Savage and Mike Berners-Lee. Together with members of the public Another Waynwright Day is building into an event that delivers a clear message. We, you and I, need to change our lifestyles to live more sustainably.”

Cumberland and Westmorland Herald – Impassioned call for “Alternatives to Plastic” »