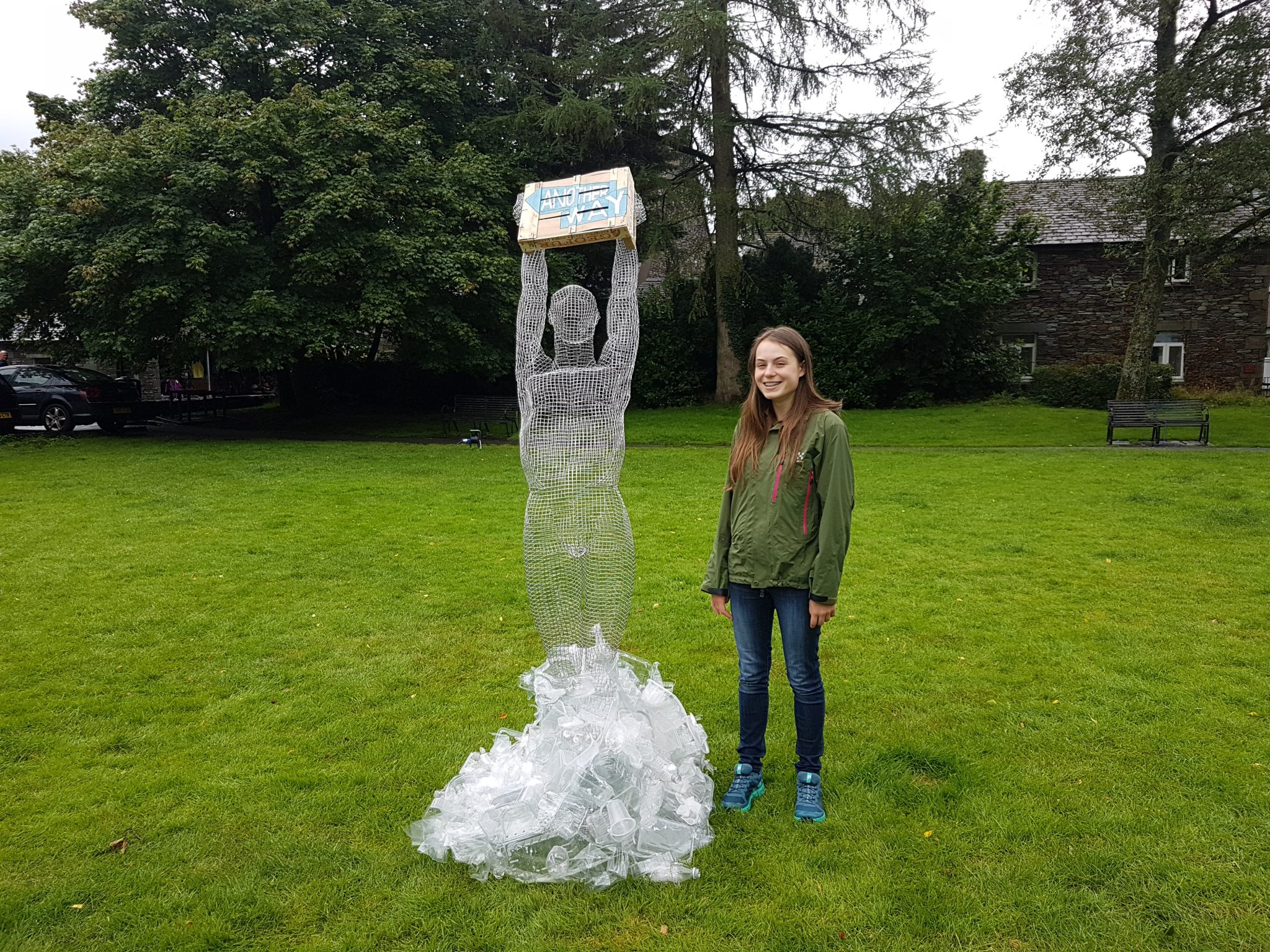 On Friday at 10.30am at Grasmere Farmers Market, 16 year old Amy Bray, founder of environment charity Another Way, unveiled a larger than life size wire frame sculpture that has been created by Dockray sculptress Michelle Castles that embodies the ethos of working towards everyone living a more sustainable lifestyle – the focus of Amy’s charity Another Way. Amy will then take the sculpture on tour to other towns in The Lake District including Penrith, Kendal, Ulverston and Keswick.

Amy has spent time over the past few months with Michelle exploring the issues which plastic pollution and other waste poses to the natural environment and to humans and how this might be represented visually.

Amy commented: “With this sculpture I hope to educate people in a creative way, engage with people personally, providing a powerful vision and symbol for our future. We must give up single use plastic. Only 9% of plastics are recycled. And these are recycled only to a lower grade plastic that cannot be recycled infinitely and will ultimately end up in landfill or incinerators causing carbon emissions and continue the damage we are inflicting on our environment.

We have decided not to name the sculpture ourselves but instead will be asking members of the public to suggest names and we will be collecting ideas on the sculpture tour in The Lake District and via our social media channels.”

The sculpture name will be revealed shortly before the charity’s official launch on its Another Waynwright Day on August 31st.

Speaking about her involvement in the campaign Michelle said: “Visual images are a powerful means of communication and give a very immediate message to a great number of people. Having the skills to create a strong visual image places me in a position of social responsibility of which I am proud. During the making process I was made very aware of our over use of plastic and the inevitable wastage visible everywhere.”

Amy continued: “I will be taking the sculpture up Helvellyn on my climb as part of the official launch of Another Way, on Another Waynwright Day on Saturday August 31st. We hope to see as many people as possible out on the Lakeland fells at the end of the month demonstrating their commitment to helping to fix our future.”

Background information –
to see a video of Amy working with Michelle Castles on the development of the sculpture.